Singer-songwriter, producer and composer Kira Fontana has released her new song, “Kingdom Come,” a powerful declaration of our victory over the world through faith in Jesus.

“Take back what the devil has stolen, make way for the King to come, He’s taking back the kingdom heart by heart… Jesus, You reign” Fontana sings.

A spiritual warfare battle cry, “Kingdom Come” unites listeners with the reality of triumph in Christ, no matter what circumstances we may face.

“It gives me great hope and peace to know God is always on the throne”, Fontana says. She found inspiration in Jesus’ words,

“I have told you all this so that you may have peace in me. Here on earth you will have many trials and sorrows. But take heart, because I have overcome the world.” – John 16:33 NLT 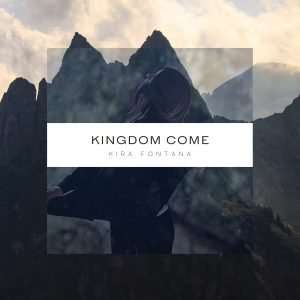 Influenced by her background in classical music and film score composition, Fontana integrates compelling orchestral arrangements into many of her songs.

The new song was produced by Fontana and Grammy-winner Josh “Igloo” Monroy (JoJo, Andra Day) and written by Fontana, a singer-songwriter, producer, and the founder of Kingdom Sound.

Next month, Fontana plans to release her forthcoming album, ‘Refuge’ on Kingdom Sound. She is based in Southern California.

“Kingdom Come” is available across all major streaming services on February 19, 2021.