Tina Campbell’s solo career continues to be more than she can handle on WeTV’s ‘Mary Mary.’ 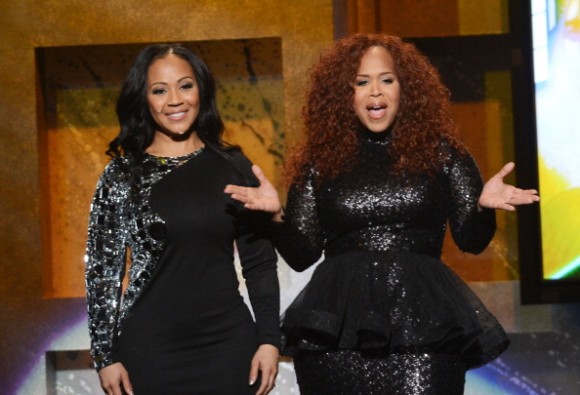 It looks like Tina Campbell got much more than she bargained for when it comes to promoting her solo career on WeTV’s Mary Mary.

In the next episode of the hit reality series, Campbell’s latest problem sparks while she is on tour.

The stage team opens the doors before everything is up to par. Campbell can he heard yelling as guests enter the theater, “Y’all letting people in?! We don’t even have a stage set up!”

Her husband, Teddy Campbell adds, “My wife is losing her mind right now.”

Tina doesn’t even want cameras around any longer at this point.

“Get the cameras out of here… Cut…Cut…” she said.

Meanwhile, Erica Campbell’s husband, Warryn, is trying to make things right with Sony after a deal gone bad with Mary Mary puts him in the hole seven figures. Of course, the gospel singing duo’s on-again-off-again marriage Mitch Solarek comes just in time with a new artist who just might save the day.

Interestingly enough, the new artist has said in previous episodes that she refuses to sign a deal with Solarek unless she could work with Warryn. Well, fans who watched last season know that Warryn isn’t necessarily a fan of Solarek after he said he believed Solarek put Mary Mary’s legal woes out to blogs.

Warryn said he would only work with Solarek if he apologized. But Solarek said at first that he wouldn’t offer up an apology because he didn’t do anything wrong.

See and find out how it all goes down when Mary Mary airs Thursday at 9/8c on WeTV.