A firefighter responded to head-on collision and found his wife and young son among the victims.
“It’s my family. My wife was laying there on the ground,” firefighter Aaron Van Riper said. “I don’t know how either one of them lived. There was nothing left of that car.”
Both his wife, Amber, and son, Jonathan, 7, were airlifted to the hospital. Both suffered multiple fractures. 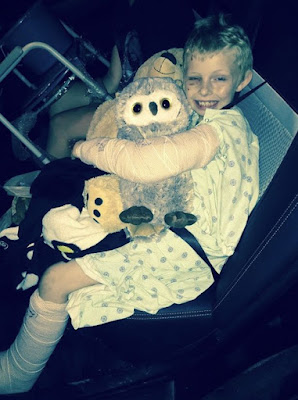 Van Riper told KTRK his wife went through nine hours of surgery on Sunday to repair a broken pelvis.

“She gave a thumbs-up to the doctor, but that’s the first time she showed signs of anything,” Aaron added 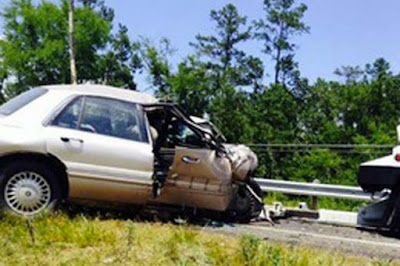 Both his wife and son are expected to be in wheelchairs temporarily as they recover.
It is unclear if anyone else was injured in the accident. 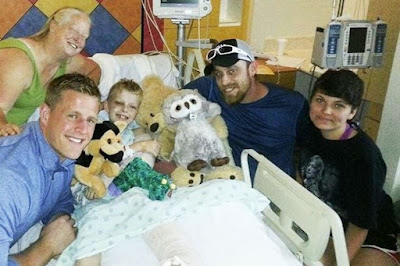 However the family doesn’t have medical insurance so friends set up a GoFundMe account to raise $50,000 to cover the medical costs.