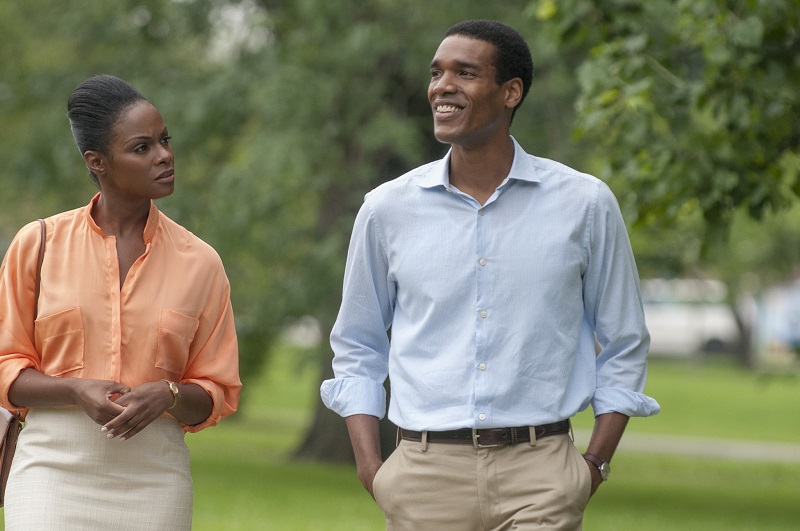 “Southside With You” is a film that talks about the summer 1989 afternoon when the future President of the United States of America, Barack Obama, wooed his future First Lady on an epic first date across Chicago’s South Side.

The independent film “Southside with You,” which premiered earlier this year at Sundance, is getting ready to wow us with the epic romance of between the president and his wife. John Legend executive-produced the film and now we have the first trailer for “Southside with You.” It’s our first true peek at Parker Sawyers’ Barack Obama and Tika Sumpter’s Michelle Robinson.

The future president and first lady met after Obama took a summer job at a Chicago law firm, where he met Robinson, his new boss.Barack Obama finally persuaded her to spend the day with him, and this film chronicles that perfect “when boy meets girl” first date moment.

Its a movie you have to watch , don’t miss it,watch the trailer for “Southside with you” below and enjoy!